Get a Side Hustle!

Home } Adulthood } Get a Side Hustle!

This was someone whose footsteps I always wanted to follow. We were RAs together and after graduating, she went into higher education. A year later, after graduating, I found myself going into higher education. She ventured into student leadership and development, and I went into student leadership and development. She made the jump into the corporate world, and I wanted to make that same move. All though her journey, I had no idea that her some of jobs were just as UNFILFILLING as my own. Upon interviewing her for the webinar I facilitated last week on the elusive dream job, I uncovered this nugget of wisdom from my friend, Jen, which is just as fitting for recent college graduates as it is for seasoned professionals: 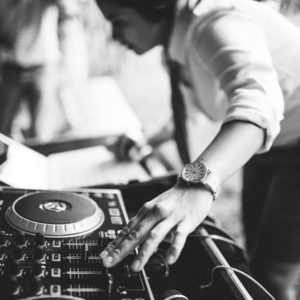 “Get a side hustle! If your job isn’t filling you up, then find something that will – something you can do alongside what’s (currently) paying the bills. It could be working on a book you always wanted to write, or volunteering at an organization. For me, it was DJing. I totally stumbled into it. I basically taught myself. And in the beginning, I would work all week at my full-time job and be miserable and mentally exhausted by Friday. But then I would hit the boards at a club on a Friday night and the dance floor would be PACKED and people we having a great time and I was like “I did that!” And it just lit me up. And I was instantly hooked. I would only make a couple hundred dollars per gig, but it was not about the money – it was about doing something that felt like I was applying my talents to bring joy to people. And now, here I am, five years later, turning down gigs because I’m too busy!”